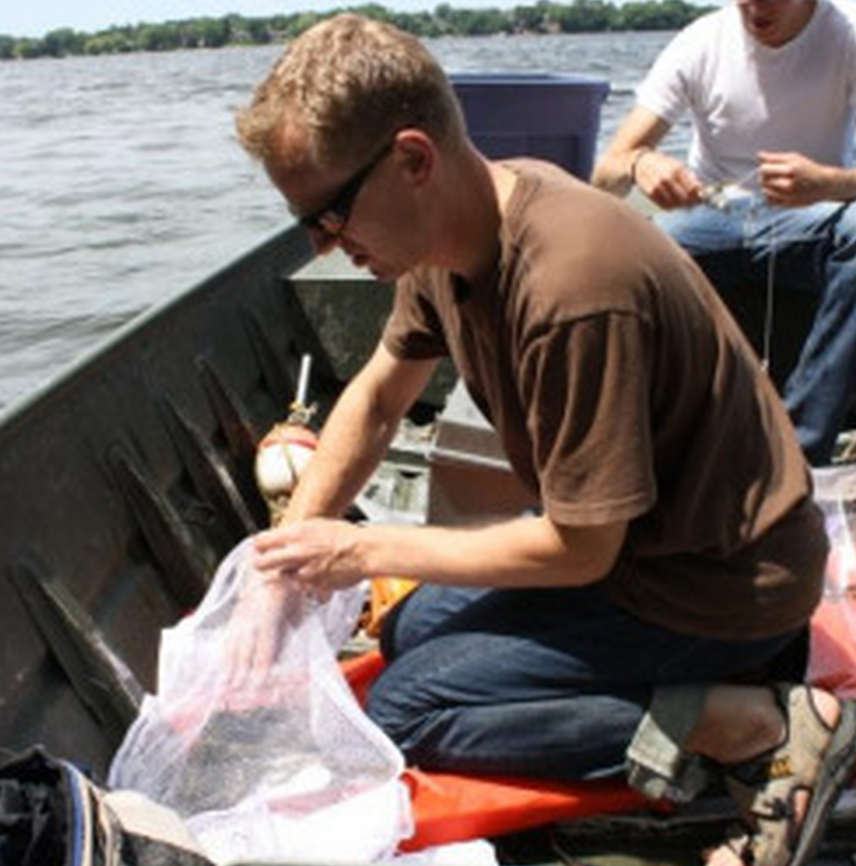 Although numerous studies have investigated the impacts of common carp (Cyprinus carpio) on aquatic ecosystems, the effects of this species on nutrient cycling, water clarity, and vegetation density have rarely been addressed in whole lakes, especially in those that stratify. In this study, we documented changes in total phosphorus, water clarity, and aquatic vegetation density in a stratified eutrophic lake while we reduced carp biomass from 300 to 40 kg/ha. Carp removal was associated with an increase in vegetation density, an increase in springtime water clarity, a decline in early season chlorophyll a, and a decline in total suspended solids. However, neither clarity nor chlorophyll a improved during the summer months. Carp removal also had no apparent effect on total phosphorus, which increased rapidly in the summer both before and after carp removal, and was seemingly driven by abiotic internal loading. The lack of a decline in phosphorus following carp removal suggests that despite their high biomass, carp may sometimes play a relatively minor role in nutrient transport from benthic sediments in stratified eutrophic lakes. Their removal is nonetheless beneficial for improving water clarity and restoring macrophyte communities in such systems.